Monkeys: Tambopata's trees are home to troops of monkeys

The Amazon basin contained within Tambopata National Reserve and our own Tambopata Private Conservation Area conserves the lowland tropical forest ecosystems in which at least eight species of South American monkey thrive. Of these, five species are sighted regularly by our staff and guests in the treetops around Tambopata Ecolodge, and in the branches above the extensive trail system we maintain in the pristine forests that surround our jungle lodge.

These monkeys include the saddleback tamarin monkey (Saguinus fuscicollis), dusky titi monkey (Callicebus moloch), squirrel monkey (Saimiri sciureus boliviensis), brown capuchin monkey (Cebus apella), and the black-headed night monkey (Aotus nigriceps), which as its name suggests is the only one of these species which is nocturnal. Beyond our Private Conservation Area, in the forests we visit during the different jungle excursions we offer our guests, in addition to these five species the red howler monkey (Alouatta seniculus) is also commonly heard or sighted.

The aptly named red howler monkey has reddish fur and is unusually vocal. Said to be among the loudest animals in the Americas, its call can be heard more than three miles away. At around 90 centimeters in length, it is one of the largest primates on the continent, and it inhabits forests from Central America to the Amazon basin of southeastern Peru. Interestingly, while most New World primates lack color vision, red howler monkeys benefit from this adaptation. Less active than other monkeys, they are highly social mammals, living in groups of between 10 to 15 individuals. They are also of interest due to their unusual diet; they are the only New World primate which feeds almost exclusively on a diet composed of leaves, although they are known to supplement their diet with fruits and nuts. The normally vegetarian red howler monkey will also feed on the occasional bird’s egg.

The small, 35-centimeter-long squirrel monkey is often the first primate species seen by the travelers from all over the world who visit us at Tambopata Ecolodge. Squirrel monkeys are extremely curious animals, roaming through the forest canopy in large troops, seemingly undisturbed by the presence of humans far below.

Dusky titi monkeys are a monogamous species, mating for life. Like the howler monkey, they have red fur. Rather than forming the hierarchical troops common to many other species of monkey, they live in small groups composed of an adult mating pair and their offspring. Experts believe that the high degree of coordination seen in the activities of mating pairs of dusky tit monkeys is an indication of their very close emotional bond. They tend to be extremely wary in the presence of humans. The vocalization they employ to define their territory is often heard on forest trails.

Saddleback tamarins are small, squirrel-sized monkeys, measuring just 17 to 25 centimeters in length, easily recognizable due to their black or dark brown shoulders and forelegs, and speckled body markings. They are found in the forests of Central and South America and are diurnal, living in groups of between 2 to 12 individuals (a breeding female, one or more males, and offspring), which can range over territories extending for more than one hundred hectares, where they feed on insects and fruits.

Also present in Tambopata National Reserve is the spider monkey. The most agile of the monkey species that inhabit Tambopata, it can be spotted feeding during the day high in the forest canopy. With a total body length (including the tail) of around 1.60 meters, spider monkeys are among the largest primates in the Americas, easily recognizable in the treetops thanks to their dark silhouettes and extremely long and slender limbs. Ranging from Central America to the forests of South America, spider monkeys live in large groups of up to 35 individuals, feeding on fruit, nuts, honey and insects. Aided by their vestigial thumb, spider monkeys are able to travel rapidly through the forest canopy by swinging from one branch to another, using only their arms.

One of the best times to see monkeys in the rainforests of South America, including the forests we conserve at our Tambopata Ecolodge and in the government protected Tambopata National Reserve, is during the fruiting season, when many of the fruit varieties which form an important part of monkeys’ diets are readily available. 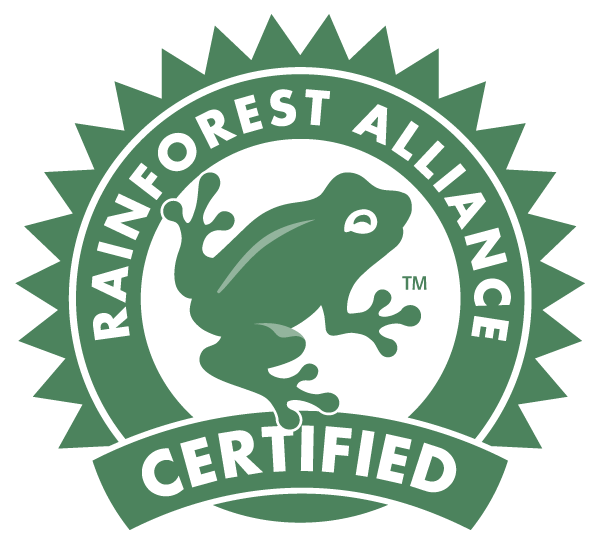 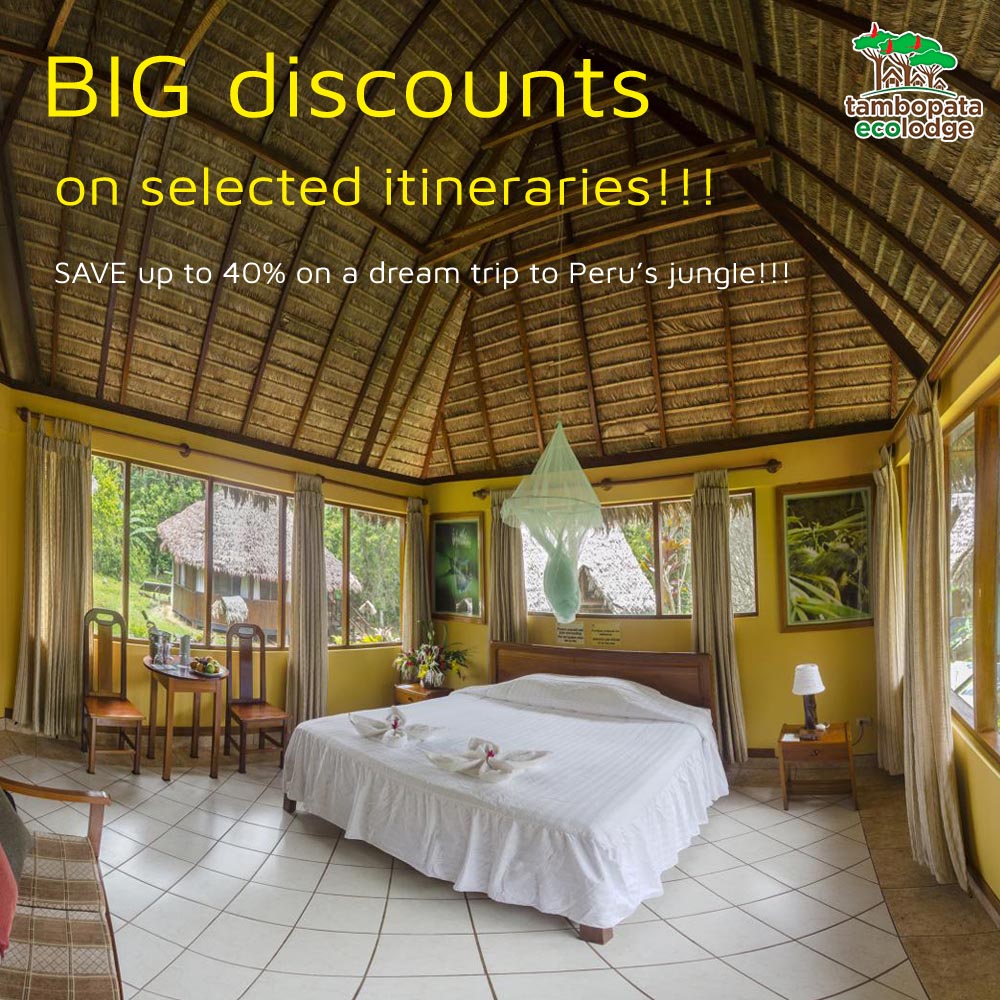